Jules Kruijswijk (first author), Maurits Kaptein and Florian Böing-Messing and I have recently been working on a paper on the application of partial pooling (or shrinkage) models in (contextual) multi-armed bandit problems:


The (contextual) multi-armed bandit problem (cMAB) provides a formalization for sequential experiments which has many applications. The context in the cMAB problem is expected to provide extra information that potentially influences the distribution of the rewards. In some applications of cMAB problems we find that there are hierarchical structures in the data that influence the reward distributions; in such cases we effectively end up with a dependence between observations originating from the same context. Current research in the cMAB literature either ignores this structure, or models observations at the lowest level of analysis, effectively ignoring the hierarchy. In this paper we introduce means of exploiting hierarchical structures via so- called partial pooling (or shrinkage) models, and we adapt a number of popular cMAB policies to incorporate these strategies. Through simulation we show that we can improve the performance of a number of popular policies by including partial pooling when hierarchical structures are indeed present, and we validate this result in an empirical study. Furthermore, we discuss how we can further improve the proposed adaptations.

We were able to implement and run the paper’s simulations in record time though the use of my R package contextual.

All of the code for the simulations can be found in contextual’s demo directory, under paper_dependent_observations.

Happily, the resulting statistics and plots confirmed our hypotheses: 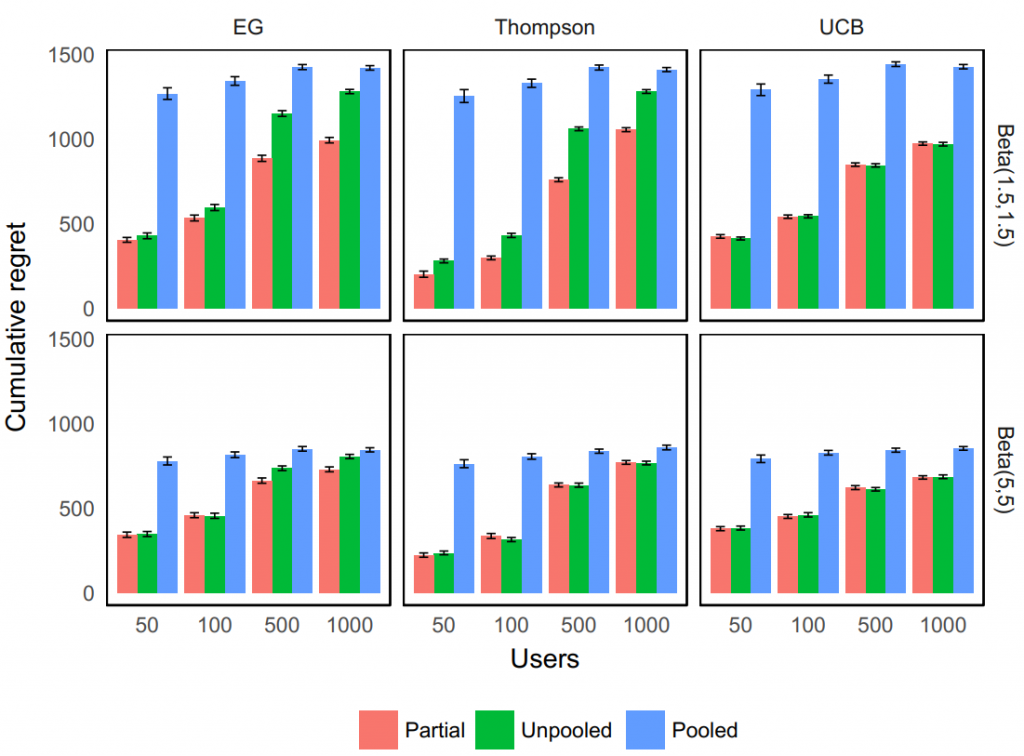