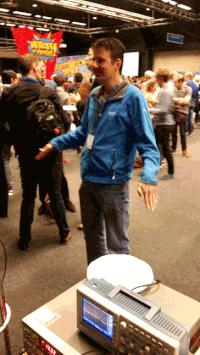 Last week Maurits, Davide and I had a great time demonstrating our “Flappy Bird” game at the Physics@Veldhoven conference. “Flappy Bird” invites a player to wave his or her arms in a rhythm set by a horizontal red line moving up and down the screen.

The line speeds up if the player is able to follow the line closely. It slows down if he or she is unable to keep up.

The goal of the game is to make the line move as fast as possible in a limited period of time. Importantly, the speed with which the line moves up and down the screen is determined by either our Lock-in Feedback algorithm, or by a live, analog Lock-in Amplifier (Stanford Research Systems SR830). How we made this work is illustrated by the following chart: 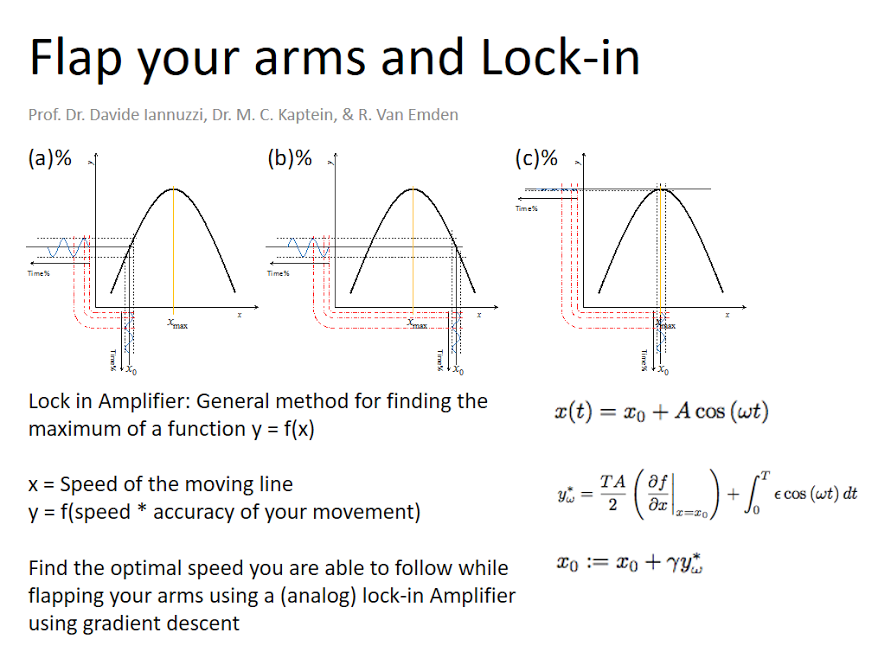 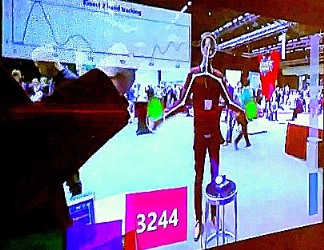 More information, and the source of the game, can be found here. To the left a photo where you can discern the red line that moves up and down the screen, two circles that light up green when they overlap with the players hands, the score, a live chart that displays the change in speed set by the LiA, and more. Below a photo of our LiA setup, followed by a photo of the game at Physics@Veldhoven. 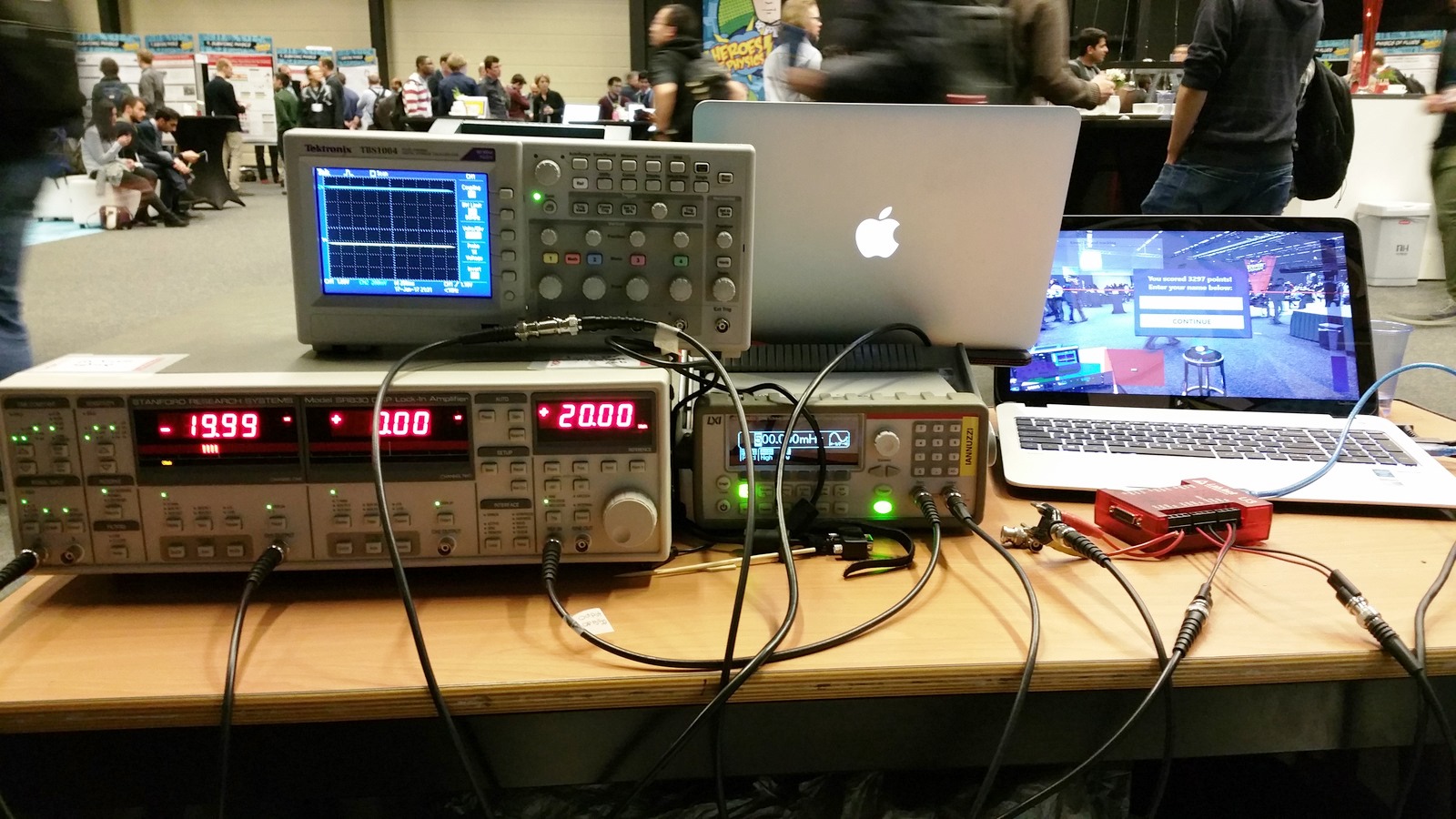 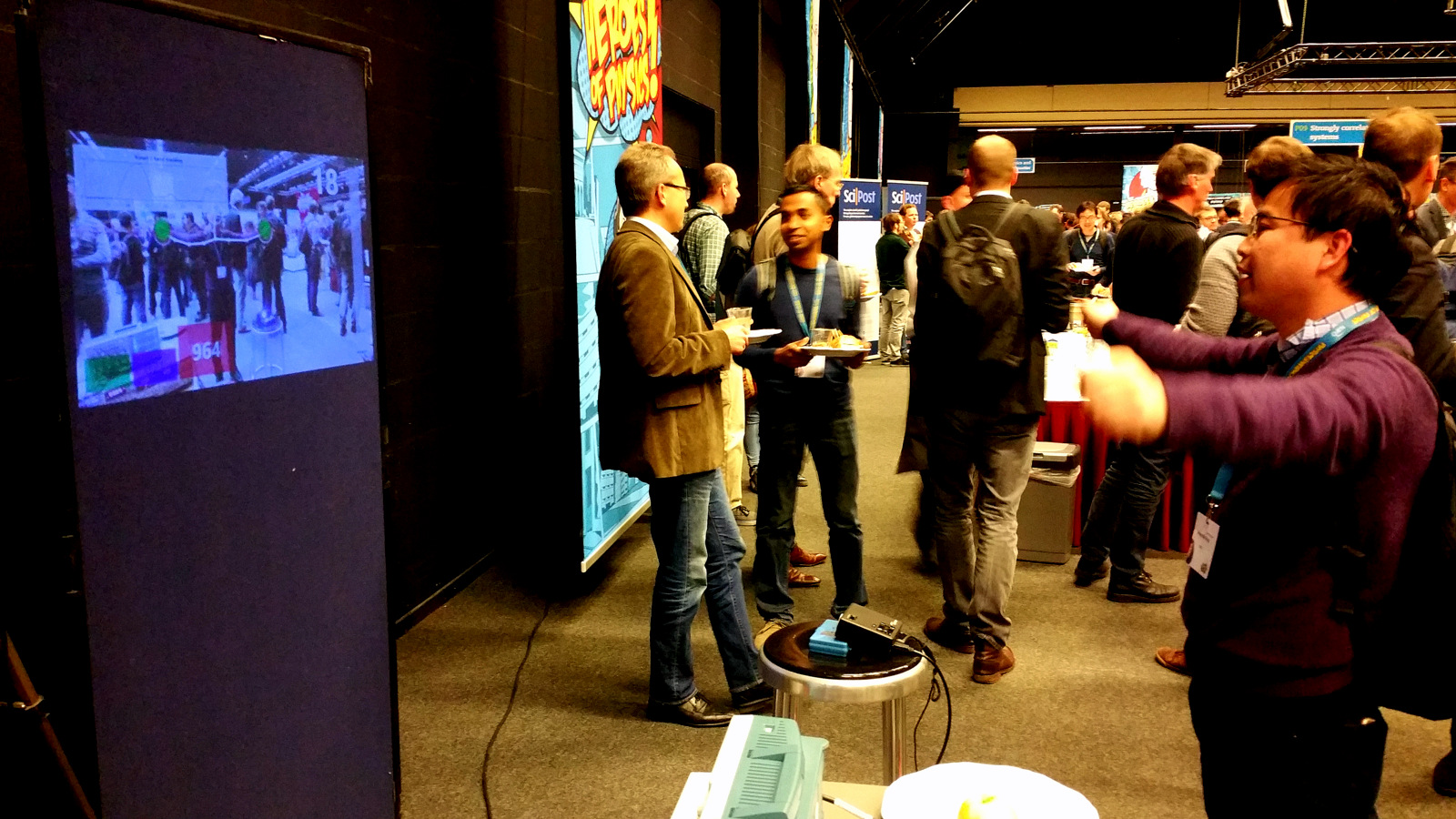 “Flappy Bird – the LiA edition” has been made possible by the generous support of the Foundation for Fundamental Research on Matter (FOM) and the Netherlands Organisation for Scientific Research (NWO). It was presented at the yearly Dutch Physics@Veldhoven (2017) conference.