Really happy (and proud) that our paper on the application of lock-in feedback for optimal placements of decoys has just been published – written in close collaboration with Prof. Davide Iannuzzi and Dr. Maurits Kaptein.

You can find the paper here and here, and a replication package containing all data, source code, and relevant scripts at Harvard’s Dataverse here.

For the abstract and some, hopefully enlightening, figures: see below.

The decoy or asymmetric dominance effect is one of the best known human biases violating rational choice theory. According to a large body of literature, people may be persuaded to switch from one offer to another by the presence of a third option (the decoy) that, rationally, should have no influence on the decision-making process. For example, when asked to choose between a laptop with a good battery but a poor memory and a laptop with a poor battery but a good memory, customers may be induced to shift their preference if the offer is accompanied by a third laptop that has a battery as good as the latter but even worse memory—an effect that has clear applications in marketing practice. Surprisingly, renowned decoy studies have resisted replication, inducing scholars to challenge the scientific validity of the phenomenon and question its practical relevance. Using a treatment allocation scheme that takes inspiration from the lock-in amplification schemes used in experimental physics, we were able to explore the entire range of decoy attribute values and demonstrate that some of the reproducibility issues reported in the literature result from a suboptimal initial conditions. Furthermore, we demonstrate that our approach is able to sequentially identify the features of the decoy that maximize choice reversal. We thus reinstate the scientific validity and practical relevance of the decoy effect and demonstrate the use of lock-in amplification to optimize treatments 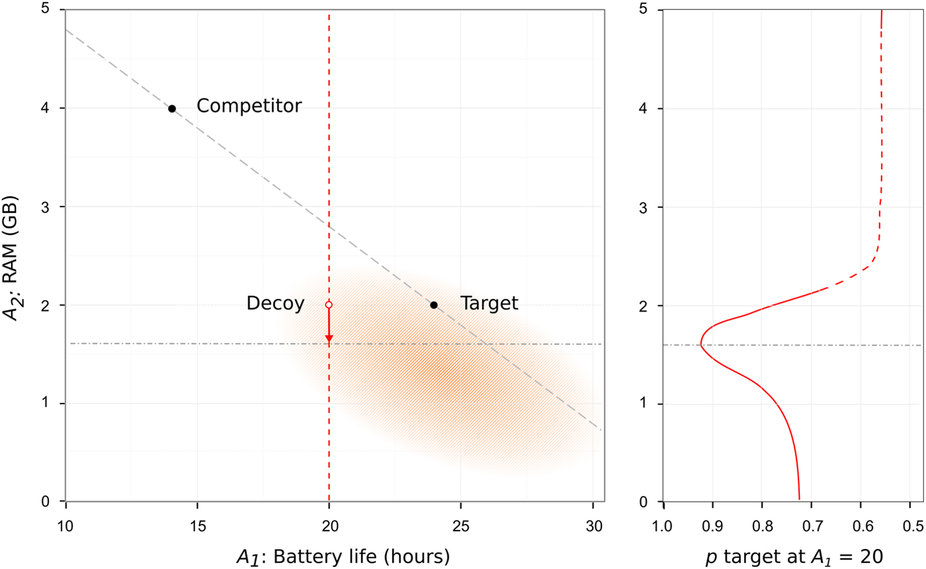 Figure 2. Density map (left panel) of the possible effect of decoy location in two dimensional attribute space for the laptop scenario. The arrow shows the optimization path as established by Lock in Feedback 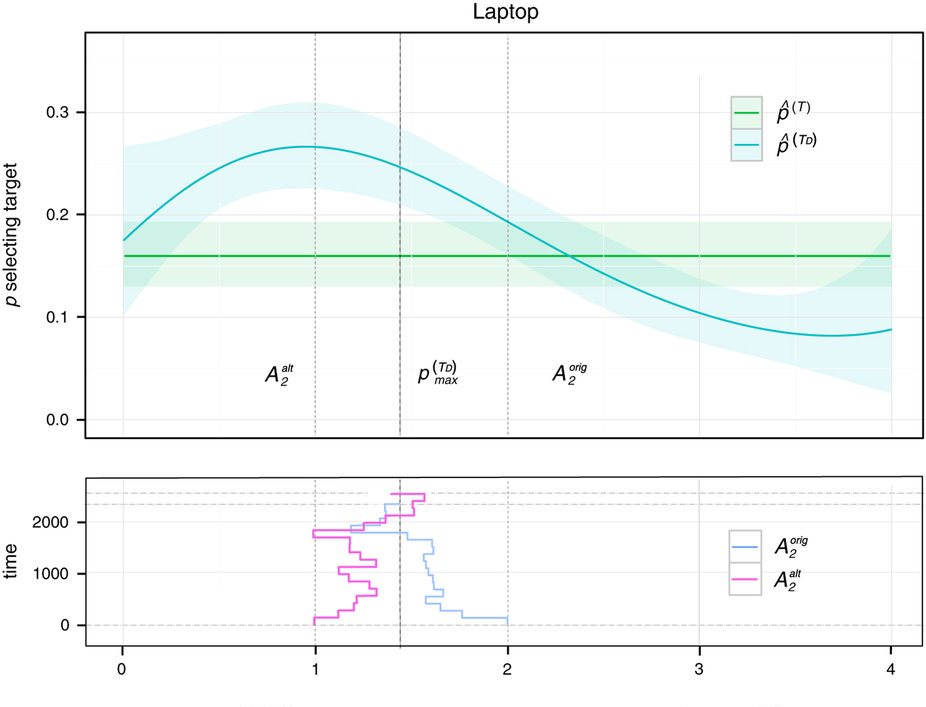 Figure 4. Results of our decoy experiment. Displayed are the estimated probabilities of selecting the target as a function of attribute 2 for different conditions and their credible intervals.