To make the video fit the STW’s two-minute time limit, we had to remove some sections of our original video and compress it by about ten percent.

As a result, the story is told at a slightly higher pace than initially intended.

Our particular thanks go out to Anke Willems, who did a terrific job on the animation!

This is John. Like many people struggling with weight problems, he is looking for ways to improve his lifestyle and become healthier. Unfortunately, John has tried dieting, and working out, but nothing seems to work for him in the long run. After one week or two into a diet or a fitness program, he inexorably plunges back onto his couch, within close distance to sugary sodas and fatty snacks. So…is there a way to keep John engaged in a healthier lifestyle?

We think there is. A part of the solution unsurprisingly comes from existing theories on behavior change and goal setting. However, the innovative part of the solution to this problem quite surprisingly lies in an algorithm that is used in experimental physics to stabilize certain variables over a prolonged period of time: the high gain negative feedback loop.

Let’s have a look at how much John would enjoy a new program as a function of the difficulty of the task. If we ask him too little, he will not be challenged enough; if we ask him too much, he will not be able to keep pace and will loose his motivation. To keep his motivation high, we must give him a well-calibrated goal, and, as time passes by, adjust that goal with John’s pace of progress. But there is a problem. We do not know what the optimal target for John is and, if we ask him to give us feedback, his response will be affected by his mood and many other factors that are quite difficult to predict, quantify, and account for. This is in part why current goal-setting attempts have failed.

Let’s suppose now that, every day, we set a different target according to a sinusoidal oscillation. Clearly, the feedback that we will receive from John will, in average, oscillate at the same pace. The amplitude of these oscillations strongly depends on how far off we are from the ideal target. If we can measure that amplitude, then, we also know how much we need to correct the target for! Now, the unique advantage of this method is that, with a special algorithm, we can extract the amplitude of those oscillations even if they are immersed in the noise generated by John’s mood. Extracting signals from noise is exactly what we use this algorithm for in physics.

We have already tested the use of this algorithm outside the physics laboratory in a social dynamics context; we are thus convinced we can make this leap. The personalized and dynamic goals are ultimately what will keep John motivated to pursue his program.

Encouraged by our earlier results, and driven by the desire to solve the obesity plague, we are planning to develop a first prototype of an app that uses the high gain negative feedback loop principle to set personalized targets in diets and physical programs. We will then implement it into a school challenge involving a physical activity and test it on groups of tweens and teens from Dutch schools. If successful, we will finally move it into larger scale experiments…and, hopefully, eventually reach John and millions of people that, like him, need to move to a healthier lifestyle. 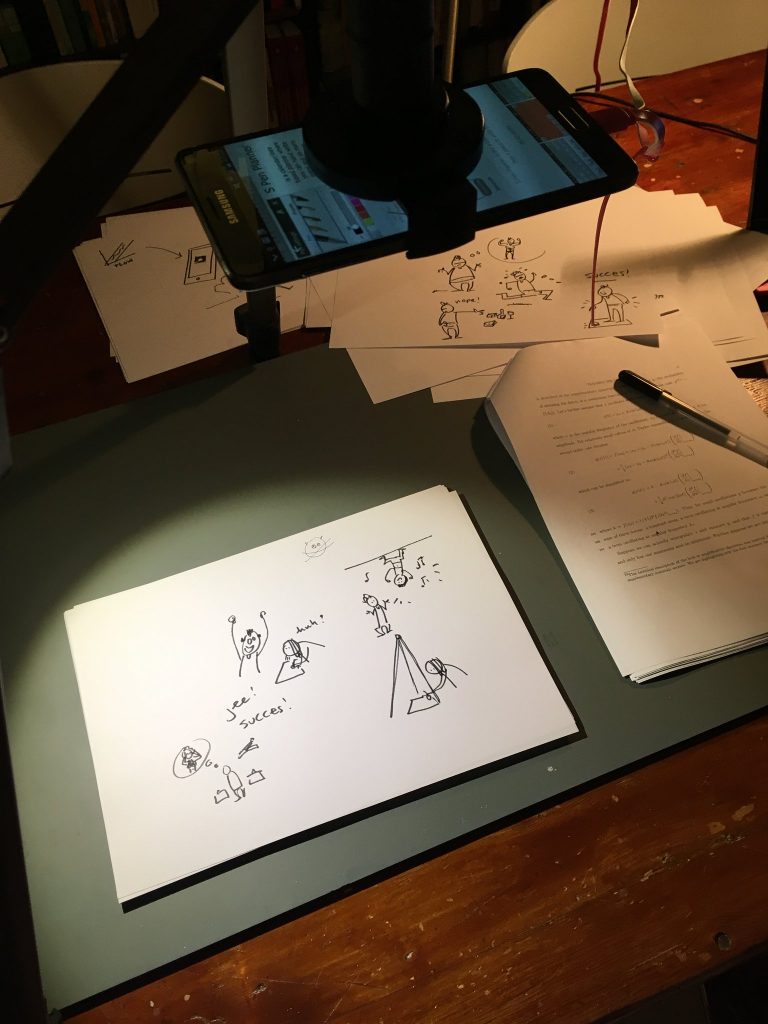