Wandi Bruine de Bruin, Jonell Strough, Marijke van Putten and I have recently set up a study to investigate how a windfall may influence the amount of money younger versus older people are willing to gamble in a dice game.

Previous research shows that college students – in their early twenties – will place higher bets on the dice game, when they receive windfalls. The aim of this study was to find out whether we could generalize this effect to other age groups.

To investigate this, we gave all participants in our study $2 extra.

Importantly, some participants knew this when they were invited for the study, others only learned about it during the experiment.

Thus, for some of the participants it was a windfall, for others it was not.

Then, within a qualtrics survey, all participants were asked to played a dice game (double or nothing) with the money they had just received.

That way, we should be able to test our hypothesis, that is, whether college students will place higher bets on the dice game when they receive a windfall, than our participants over 60.


As we needed a reasonably large N and participants over 60 are hard to come by, we decided to recreate the original experiment from the 60’s within Qualtrics and see if we’d be able to create an panel of Amazon Mechanical Turk workers over 60 years of age.

Our first technical hurdle was to recreate the original “double or nothing” as well as possible. Using the inline JavaScript option within Qualtrics, we were able to create a drag-and-drop interface that enabled participants to drag quarters from a “pot” to a “gambling arena”. 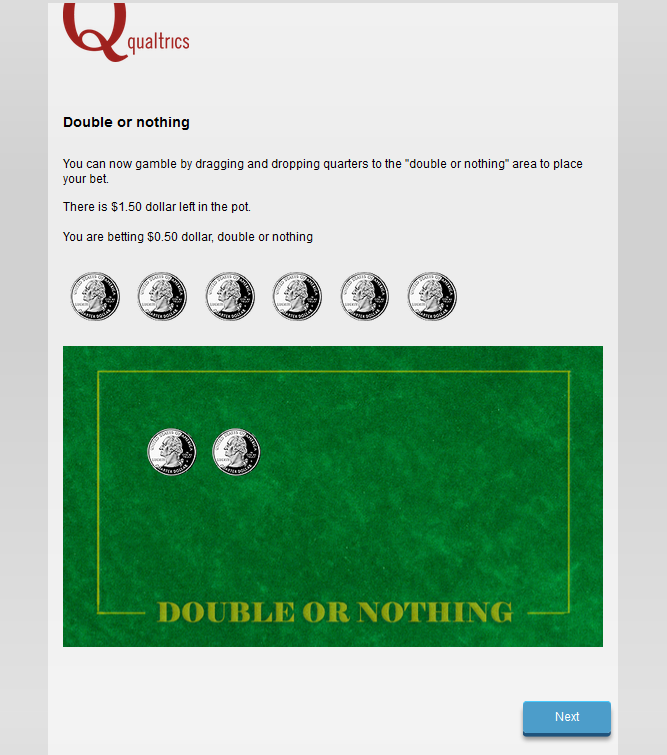 Drag and drop your quarters – double or nothing – within Qualtrics.

Our second technical hurdle was to simulate the roll of the dice as realistically as possible. We solved this by randomizing the answers of a Qualtrics Multiple Choice question, and making each of the answers an animated GIF with each possible (numerical) outcome of a roll of two dice. 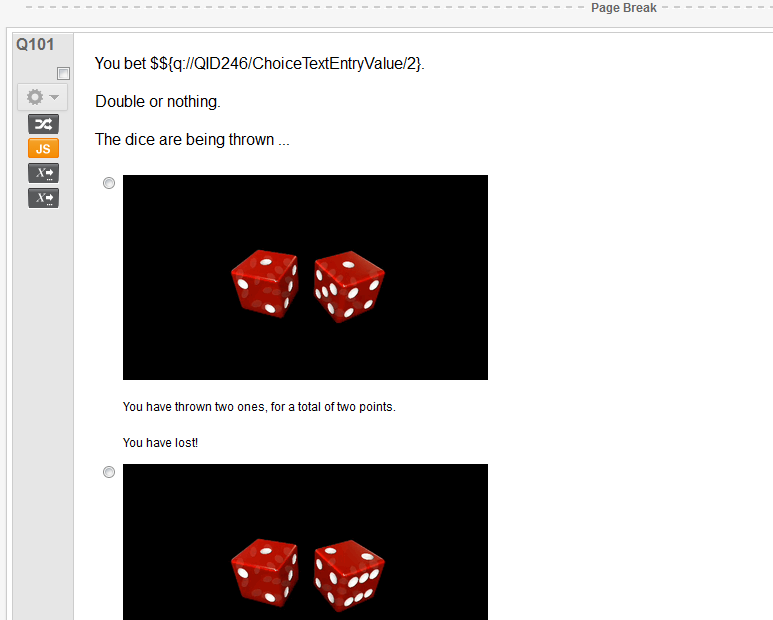 Lastly, and for our experiment, crucially, we now needed to create a two-step survey – first inviting people under the age of 27 and over the age of 60 – and then assigning half of each age group to a different survey with different invitations: respectively a windfall invitation (no mention of the bonus) versus a control invitation (mentioning the total amount participants could earn straight away).

In the past you had to do a lot of custom coding, interacting with MTurk’s obtuse API, to make something like this work witing Amazon Mechical Turk. Luckily, a new online service, called “TurkPrime“, now enables you to do most of this through their web-based interface. One of the more important features in TurkPrime is that you can create so called Worker Groups. These Worker Groups allows any MTurk Requester to create a Reusable Worker Group based on MTurk Worker’s WorkerId. After you create a worker group, for example based on a previous survey asking people their age you can select a Worker Group as a Requirement for a new survey. When launched, this survey will now only be available to workers in that Worker Group. You can then, if you wish, invite the workers with an Amazon email requesting their service. Finally, we needed to send the workers who had won their winnings. This can be accomplished with the Grant Bonus button on the TurkPrime Dashboard.Simply specify the workers you wish to bonus (or, bonus all workers) and in moments you are complete. If you wish to reuse your group or add or remove workers, all of those options are easily available. 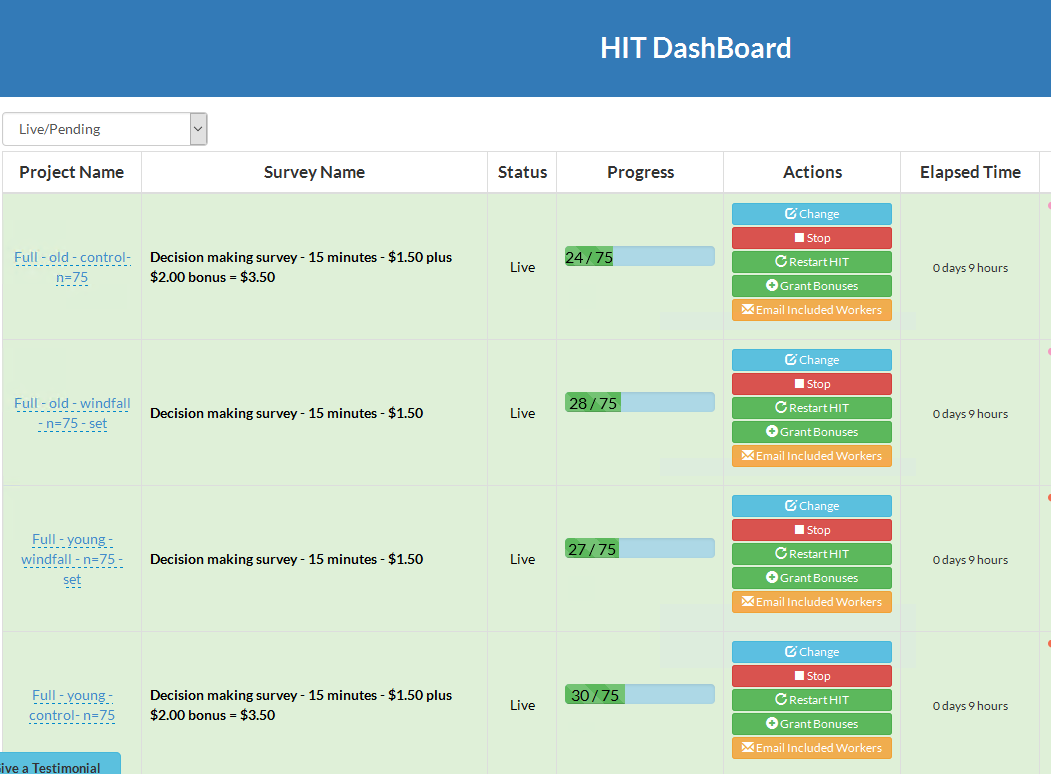 All materials needed to replicate our experiment can be found here.